I just saw about 20 plus objects at about 4:00 objects in a straight line…With my 2 friends (wish I didn’t that see that because it genuinely creeped me out….)It lasted about 20 minutes…..Please tell me someone else saw this……cause am speechless and would like an explanation 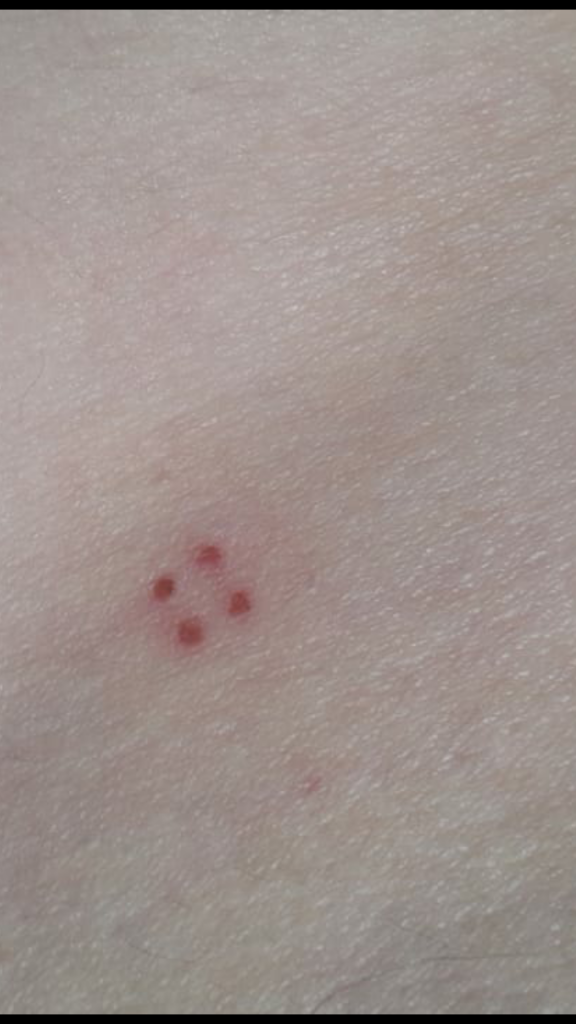 Sorry, not UFO, but not sure where to go with this. I woke up with these marks on my skin. Not itching. Not inflamed. I read online snd saw lots of similar things related to post-abduction. Also noticed when woke up that my semen was kind of over my pants. Weird, sorry, but I do not know where to go with this. Any thought, please?

Every night in Port Elizabeth, I see & spot plenty of ufo’s. Some sparkle & reflect all the colors in the spectrum. They break formation regroup, some also morph there crafts & disguiz them selfs as the stand passenger plane. Some make no sound at all & dart up & down & in a zigzag like pattern. I can see the in the tree as small dots. I have been experiencing this for just over a year now. They present themselves as almost like a cartoon “grey alien’s” I also figured out that they have masterd control light energy and dark energy/matter.

They have amazing tech. & seem to use some sort of fusion energy & magnetized there craft which as no wings & no tail/rudder. I have amazing footage and hours of recording them. I just want to put this out there because it seems people don’t notice or care. I think some miltary establishments know all of this & can’t seem to catch up when jets are despatched. Also keeping this out of public channels because of global panic. I say the people of earth have a right to know.

I would like to share my footage it is unbelievable ! Can’t leave my details but I’m sure I can contact someone to investigate these frequent sightings. They must be at lest a few thousand years ahead in terms of there tech & abiltys. Anonymous.

We are fascinated by the UFO phenomenon , well those that care to take note of the incredible event that is unfolding around us. I’m sure that this is not an invasion , as it is probable that has already happened sometime in our past.

I was always curious, but not sceptical , and purely because I had not personally witnessed a “craft” with my own eyes , I believed in the possibility , but in the past I had only classified the UFO sightings as an unexplained weather anomalies or mistaken aircraft identification .
I know aircraft well, not from an aviators point of view , but from building aircraft models as a youngster , air shows , and running outside every time I hear a different
Aircraft engine tone.

I have witnessed at least two to three forms in my life and these UFO’S and was inspired to become more aware , and I took a closer look , my curiosity needed more information , and I can also say that my eyes are true , my mind sound , I can believe what I have seen. END_OF_DOCUMENT_TOKEN_TO_BE_REPLACED 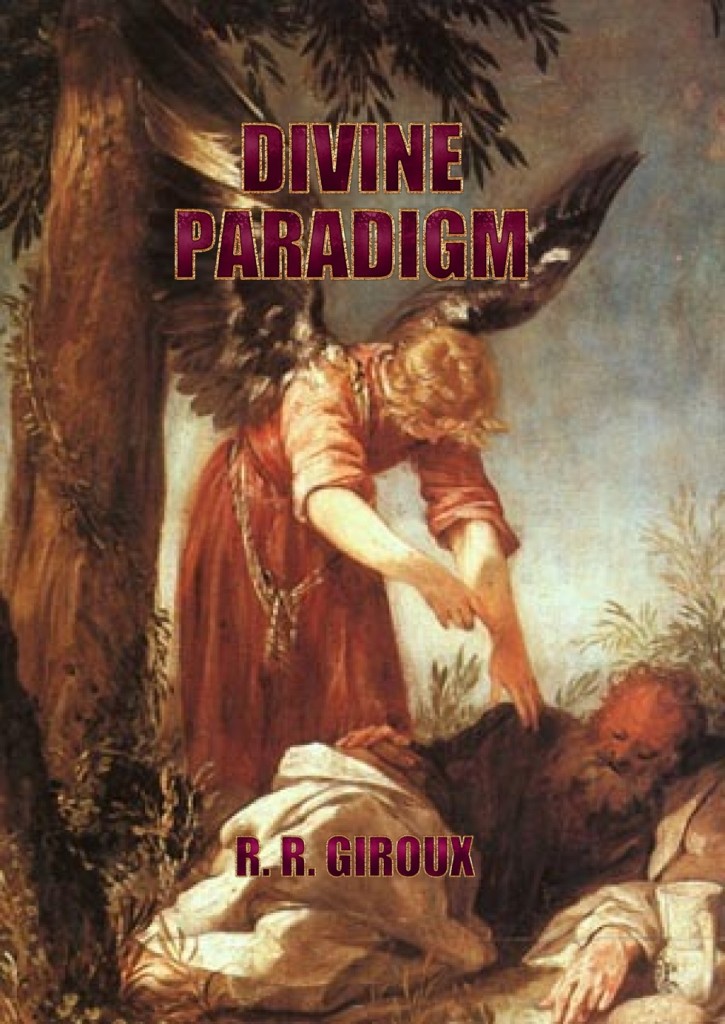 This is a story of an astonishing true account of a “close encounter of the FIFTH kind” which a man named Richard R. Giroux, experienced on October 12, 1994 on the rim canal of Lake Okeechobee, Florida. The contact was deliberate and the communication profound. The visitors shared in detail their true nature, their mission, and the reason for their connection with Earth since before the dawn of antiquity. The details of what they shared were not provided through conversation, but via a direct implant of knowledge. They also shared numerous and detailed future sequential events that will verify their message. END_OF_DOCUMENT_TOKEN_TO_BE_REPLACED

This article was written by Carlos Tavares

Reports have been coming in with details of an unusual large moving object appearing in the sky in the early evening of the 29th September 2013. These reports were sent in from locations across the country and all reporting that they saw it at the same time. END_OF_DOCUMENT_TOKEN_TO_BE_REPLACED

This is a guest post written by Carlos Tavares
Read part 1 here.

So let’s take this further! Mostly people with limited understanding do not want certain Earth Changes events to happen. But we must see the bigger picture at play here from mother Earth’s point of view and from a greater expansion of consciousness/growth point of view. Our planet was on a fast track to total destruction and species extinction. This whole human civilization experiment on our Earth has been a failure. Humans are totally destroying this planet in every way. Even sitting back and doing nothing to help the situation is a major part of the problem. All been part of the problem and not the solution!

This reality is closing in on itself. There are many different reasons for this. Generally humanity has lost its caring and understanding of nature in a world ruled by greed, power, manipulation and control. A world that has become totally unbalanced. There are also other forces driving all the destruction and chaos, forces that are both extra-terrestrial and dimensional. All with their ulterior motives and agendas. Often directly feeding off of the specific energies that all of this chaos creates, especially dimensionally. This planet or programme needs to be “reset”. The earth needs to be put onto a timeline of greater potential, where consciousness itself can once again grow and explore without certain manipulation, control and planetary and species destruction.

If we remove DEATH from the equation, then everything is immediately easier to understand. Most of the population has a great fear of death. But death is not death as believed by most; it is merely the end of a specific programme, personality or ego. The spirit is eternal, entering specific programmes for that specific experience in the “cosmic holographic computer”, exactly like when we play a video game on our computers.
So if our “video game” was faulty or totally corrupted then we would simply start again or reboot, as the old programme would not “take” you very far. So let’s think purely logical and apply the same to our earth/human situation!!!!!!!!! TIME FOR A REBOOT!

With all the so called “negative” forces at work here, nature, our Earth and its Earth Changes is the one ally we have that can actually stand up to all this human destruction and in itself changes the timelines to a more free and expanding potential. Nature’s consciousness is our ally and is of such a frequency that no government, elite, ET, or lower dimensional being can stop it. (Thank GOD!) It is ever growing, changing and expanding and now needs to get over this little bump on its journey, which is mostly US

So what if millions of people die! If that is what it takes to get us growing in consciousness, then so be it. Even it means that we need to re-incarnate again into a greater potential. TIME TO GET A DEEPER SPIRITUAL UNDERSTANDING TO THIS!

One final comment totally related to all of this, which is the so called “Divine Intervention”. There exist beings with the power to instantly change all of this reality and predicament that we are in. Some may call them “angles” but that is a very limited understanding. Generally the higher beings do not interfere in experiences of other divines beings, but ever so often it does happen. Especially when such intervention leads to a greater outcome for all, especially the expansion of total consciousness and GOD’s mind. Events may be held back to give time for truly sincere beings to do something about it and in turn become part of the solution. Time to prepare, learn and focus on greater potentials, where ultimately the power is once again with the individual to create a greater reality, through sovereignty, knowledge and understanding! The intervention is done with the purpose to find the outcome with a greater or greatest potential.

Let’s not forget why Sodom and Gomorrah were destroyed by the “Gods”, it was done to reboot the system, to give those souls once again the opportunity to be on a journey of expansion, exploration and spiritual evolution!

Have the timelines been changing? I would think that we have changed tracks quite a few times, especially over the last few years, towards greater potentials. So let’s not stop now as this is a natural way of being! This is a guest post written by Carlos Tavares

So what is up with the timelines? There has been a lot of recent prophecy and remote viewing that has not come to pass!

In quantum physics all potentials exist. Basically if you can think it then there is a reality that corresponds to that thinking. The one with the highest probability is normally the one that we get to see, us the observer that collapses that reality into what is perceived as matter. Parallel realities/universes or dimensions are the same. So the question is where is the focus of the observer at, even it the observer is a collective as an entire civilization of seven billion people, mostly unaware that they are having the power to collapse potentials. END_OF_DOCUMENT_TOKEN_TO_BE_REPLACED 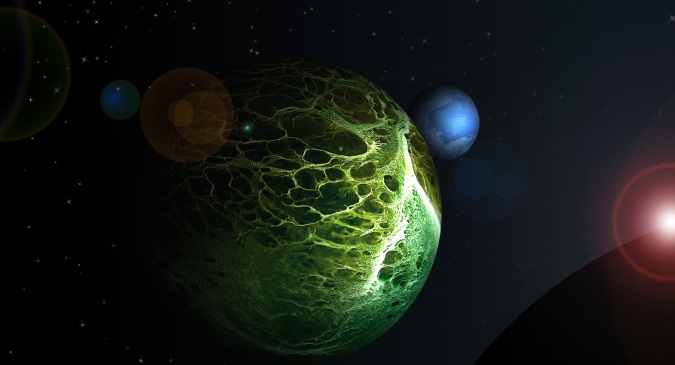 So what are Orbs?

Orbs are pure conscious intelligent entities. Conscious balls of energy. We are only seeing the lower frequencies of these beings, from our perspective, namely the bottom end or round part. As Ramtha explained if we could see the entire being they would appear more like a cone or pyramid. The tail of them being of higher frequency. END_OF_DOCUMENT_TOKEN_TO_BE_REPLACED

“… at first to be the beginning of a fine vapour trail over the Portland area…”
“There was a drum like chamber amidships with four girder like ‘fuselage’ sprouting from it”
“The craft hovered for twenty-two minutes, …”